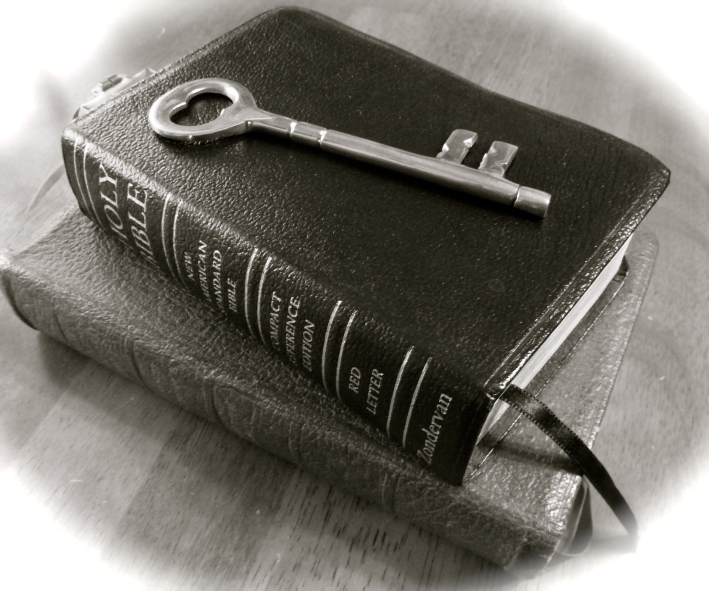 As a Christ-follower, what do you think about when you hear about someone who is acting in such a such a way that it neither becomes the person or the Christ-follower life style that person says they lead? What does that term Christ-Follower mean to you? Does it reign you in a bit, or does it seem like something archaic in terms of your life? Maybe too constricting? Too much under the law?

Various times over the last several months, it has come to my attention that we have many who seem to have one foot in the world, and one foot in the spiritual realm; and sometimes it is hard to tell which. When I think of a Christ-follower, I am not thinking of someone who has to be perfect in any sense of the word. But, I think of someone who has the desire to have the character of Christ and ask the Holy Spirit to help them live that character out. They read and learn about that character of God in the Word, and ask the Holy Spirit to guide and direct them to seek out that character and to correct and convict in the areas that need help. As Christ-followers, we are maybe the only example that many will see. It would seem both wise and discerning to make sure that the way I choose to live out my life in public and private, would be in line with how Christ would live out His. We have many fine examples of His life throughout scripture. Now, before anyone gets all excited about me being judgmental and critical, I want to say that I am not perfect. God is dealing with me in many areas and as much as it hurts, I am trying to listen and change the things within me that need changing. But I am NOT publicly going to do or say things that would cause another to question what it means to be a Christ-follower. That is not glorifying Christ at all. I have to ask myself, would Jesus to do that? Would He act that way? Would He say that?

I believe that we can be “real” with people without having to do and say things that would cause question in anyone’s mind. I think we can be helpful and transparent without having push envelopes of appropriateness. Doesn’t God tell us we are to be a light to the world? Salt to the earth? What is it with us these days, that you can’t tell someone who follows Jesus, from anyone else who walks the face of this earth? Does it matter who I’m talking to at the time? How cool I want to appear? Or the idea that I can be a Christ-follower and still say what I want because God is cool like that? I don’t think so. I think He expects us to act in a manner pleasing to him. I don’t think that includes bad language, lying, cheating on income taxes or reports, manipulations, or anything else that is even questionable or displeasing to Him. He IS a God of grace, yes. But He is also a God of judgment. When we don’t know better, that is one thing. But when we have come into relationship with Christ and walked with Him a while, we KNOW the difference. THAT is when we are held accountable to how we live our lives out before Him. We need to lead well.

You can think of me as you will. But I have felt God has been nudging me to say something for a while. I guess I am the GONG in the lives of some. But God calls us out and we need to obey, even when it’s not comfortable. It’s one of the disadvantages to social media. Everyone has a voice and many use it; some good and some bad. I want to use mine well. But it is the same for my daily life outside of social media. I want to encourage people in their struggles, but I also want to show the way that is clear and not muddied up with other things. I want to show behavior that exemplifies God’s character the best way I know how.

Let’s stop and ask God to show each of us where we can improve and for us to be quick to respond; not defensively, but honestly. When I read or hear something that is hard, I always ask if there is ANY truth in it for me. If there is, I ask God to help me change that. If there isn’t, then I have no reason to justify anything. I can move on. But if I AM defensive, chances are that I DO have some truth I need to face and change with God’s help. It’s not easy or fun. But it IS how God wants us to live. We are called to be set apart. I desire that. Even if it means others won’t like what I have to say or how I live it out.

The closer we are to God, the more He speaks. I want to be a good listener. I want Him to say, you, JoAnn, lived your life well before me. May God help me to that end.

Walking the journey with you…

I am enjoying the Journey!